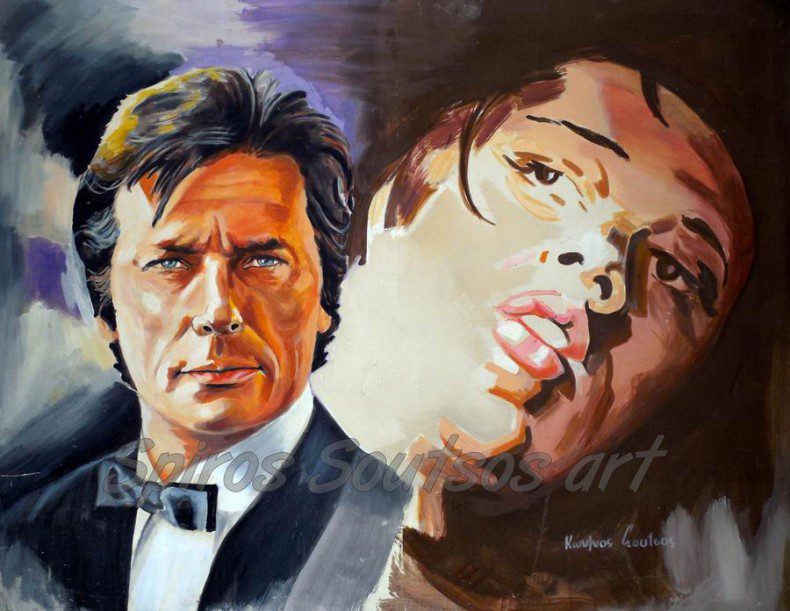 Posted on at by admin / Kostas Soutsos, Movie Posters Kostas / 0

If you are interested in purhasing an Art Print of this artwork, just click on the button below :

Alain Fabien Maurice Marcel Delon, aka Alain Delon born 8 November 1935) is a French actor and businessman, with French-Swiss dual citizenship since 1999. Delon became one of Europe’s most prominent actors and screen “heart throbs” in the 1960s. He achieved critical acclaim for roles in films such as Rocco and His Brothers (1960), Purple Noon (1960),L’Eclisse (1962), The Leopard (1963), Lost Command (1966) ,Le Samouraï (1967) and Le Cercle Rouge (1970). Over the course of his career Delon worked with many well-known directors, including Luchino Visconti, Jean-Luc Godard, Jean-Pierre Melville, Michelangelo Antonioni and Louis Malle.

Delon acquired Swiss citizenship on 23 September 1999, and the company managing products sold under his name is based in Geneva. He is a citizen of the community of Chêne-Bougeries in the canton of Geneva.