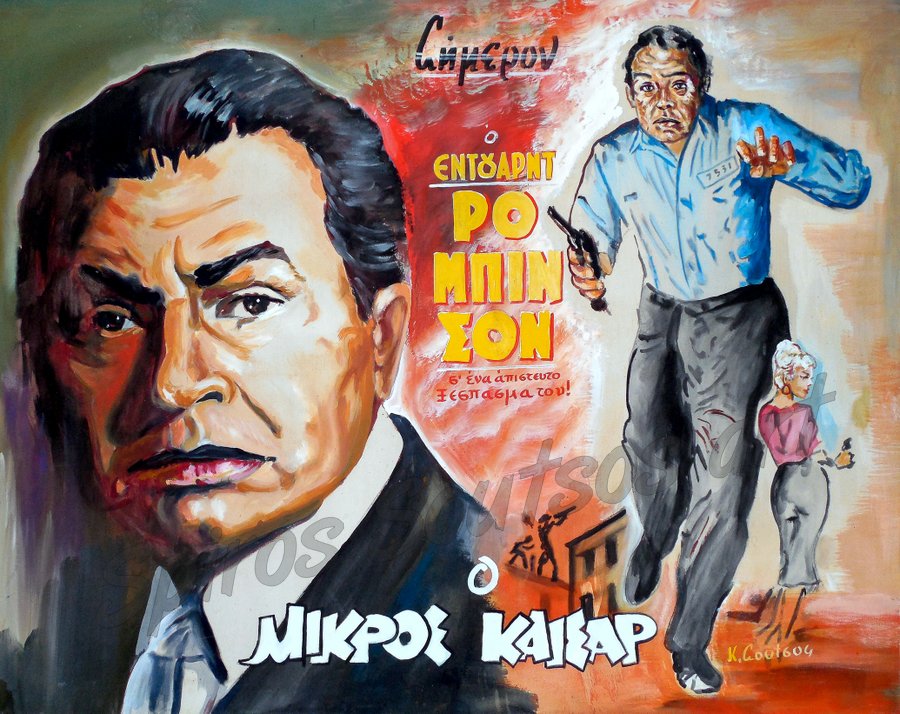 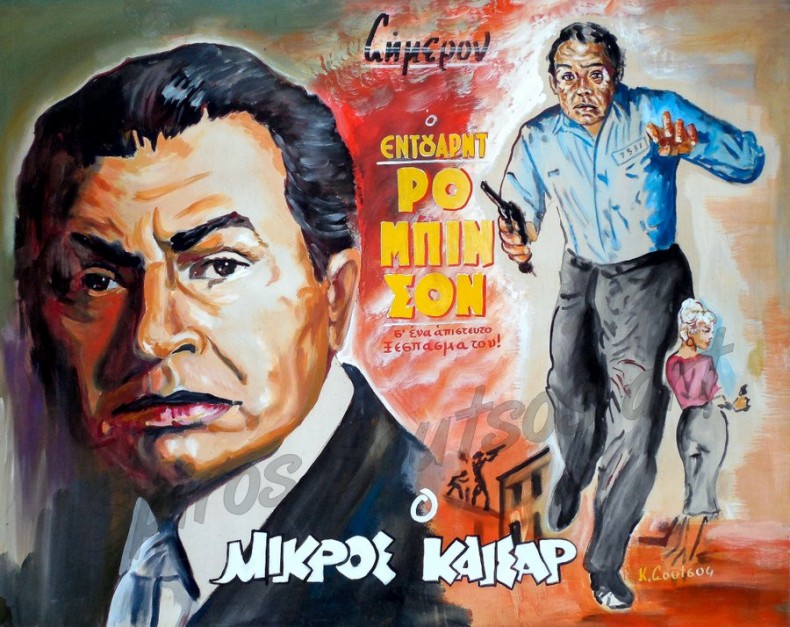 Edward G. Robinson (December 12, 1893 – January 26, 1973) was a Romanian-born American actor and a popular star on stage and screen during Hollywood’s Golden Age. He appeared in 40 Broadway plays and over 100 films during a 50-year career.

He is best remembered for his acclaimed performance as the gangster Caesar Enrico “Rico” Bandello in Little Caesar, the classic gangster film of 1931, produced by Warner Bros and directed by Mervyn LeRoy. He played with Douglas Fairbanks, Jr. and Glenda Farrell, and his role immediately made him a major film star. “Little Caesar” was well received by critics and is considered as one of the best three gangster movies of the 1930’s, (the two others are William A. Wellman‘s Public Enemy 1931, with James Cagney and Howard Hawk’s Scarface 1932 with Paul Muni).

During the 1940s Robinson appeared in several classic film noir movies, including Raoul Walsh‘s Manpower (1941) with Marlene Dietrich and George Raft, Larceny, Inc. (1942) with Jane Wyman and Broderick Crawford, Billy Wilder‘s Double Indemnity (1944) with Fred MacMurray and Barbara Stanwyck, Fritz Lang‘s The Woman in the Window (1944) with Joan Bennett and Scarlet Street (1945) with Joan Bennett and Dan Duryea, and Orson Welles‘ The Stranger (1946) with Welles and Loretta Young. He appeared as gangster Johnny Rocco in John Huston‘s Key Largo (1948) with Humphrey Bogart and Lauren Bacall.

In 1956 he appeared in Cecil B. DeMille‘s  The Ten Commandments as traitorous Dathan. He also played in The Cincinnati Kid (1965) with Steve McQueen. His last appearance was in the science fiction cult film Soylent Green (1973) with his friend Charlton Heston. Robinson died only twelve days after the filming.