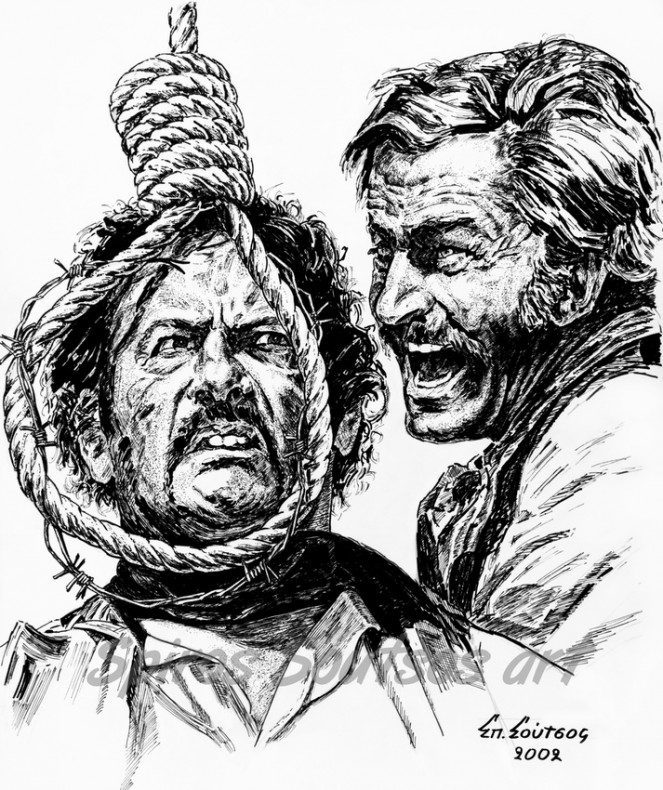 Eli  Wallach ( December 7, 1915 – June 24, 2014) was an American film, television and stage actor whose career began in the late 1940s, spanning more than six decades. Trained in stage acting, he became “one of the greatest ‘character actors’ ever to appear on stage and screen, states TCM, with over 90 film credits. On stage, he often co-starred with his wife, Anne Jackson, being one of the best-known acting couples in the American theater.

Wallach initially studied method acting under Sanford Meisner, and later became a founding member of the Actors Studio, where he studied under Lee Strasberg. His versatility gave him the ability to play a wide variety of different roles throughout his career, primarily as a supporting actor.

For his debut screen performance in Elia Kazan’s Baby Doll (1956), he won a BAFTA Award for Best Newcomer and a Golden Globe Award nomination. Among his other most famous roles are “Dancer” in Don Siegel’s gangster film The Lineup (1958), Calvera in John Sturges’ classic western The Magnificent Seven (1960) with Yul Brynner, Steve McQueen and Charles Bronson, Guido in The Misfits (1961), and Tuco (“The Ugly”) in Sergio Leone’s western masterpiece The Good, the Bad and the Ugly (1966) with Clint Eastwood and Lee Van Cleef.

Other notable portrayals include , Don Altobello in Francis Ford Copolla’s The Godfather Part III, Cotton Weinberger in The Two Jakes (both 1990), and Arthur Abbott in The Holiday (2006). One of America’s most prolific screen actors, Wallach remained active well into his nineties, with roles as recently as 2010 in Wall Street: Money Never Sleeps and The Ghost Writer.