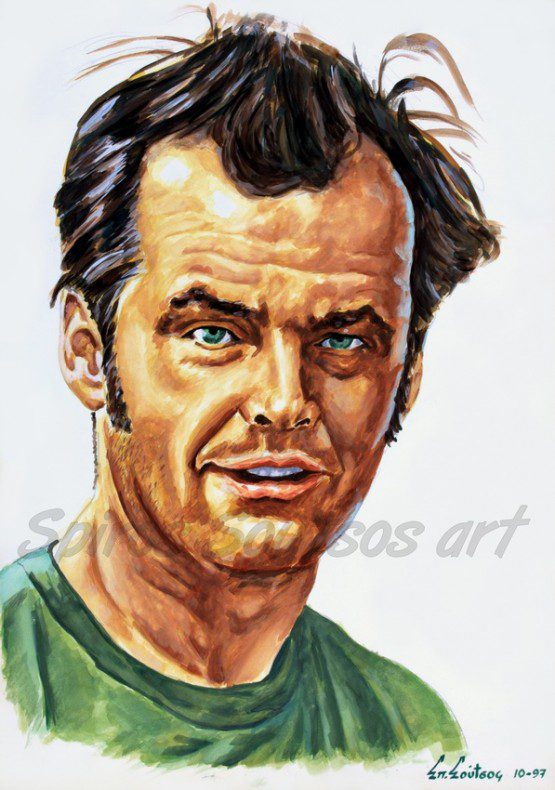 Jack Nicholson ,born on 22 April 1937,  is an American actor and movie-maker. He is known for playing a wide range of starring or supporting roles, including satirical comedy, romance and dark portrayals of  psychopathic characters.

Nicholson is one of only two actors to be nominated for an Academy Award for acting in every decade from the 1960s to the 2000s; the other is Michael Caine. He has won six Golden Globe Awards, and received the Kennedy Center Honor in 2001. In 1994, he became one of the youngest actors to be awarded the American Film Institute’s Life Achievement Award.