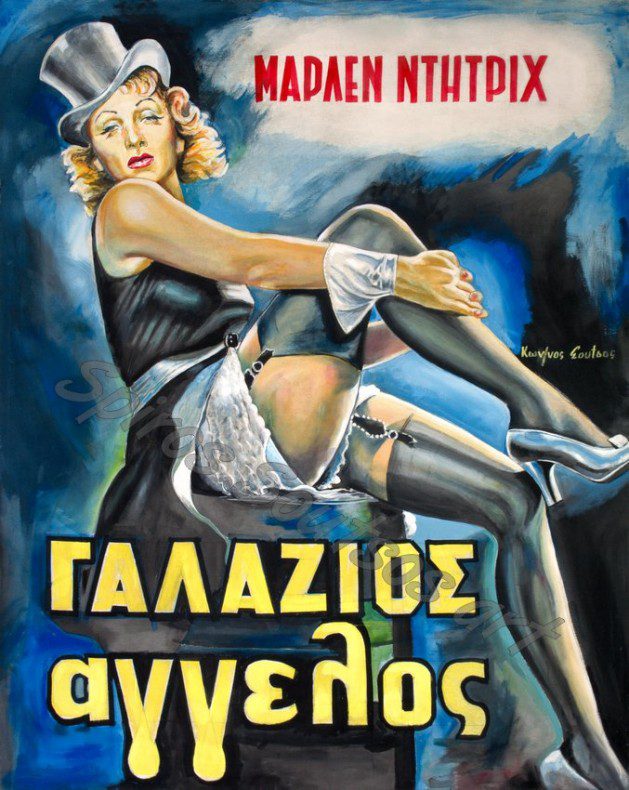 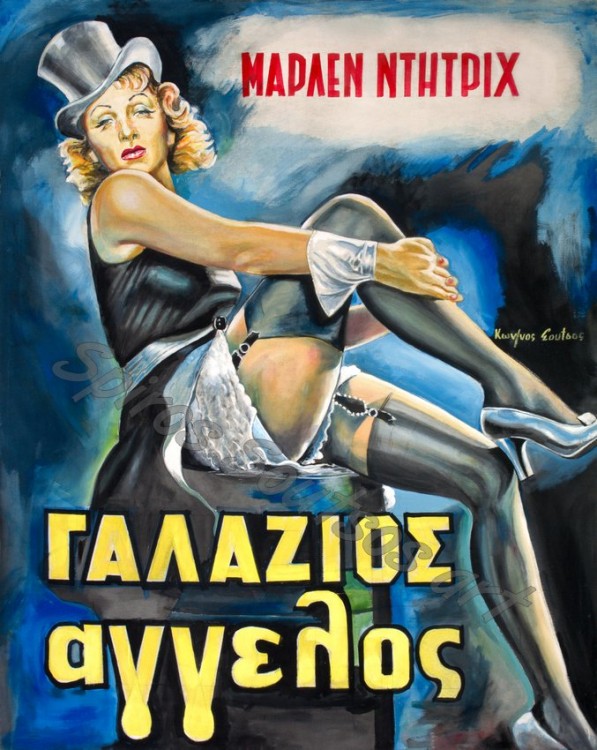 The Blue Angel ( Der blaue Engel) is a 1930 German drama film directed by Josef von Sternberg and starring Emil Jannings, Marlene Dietrich and Kurt Gerron. It is written by Carl Zuckmayer, Karl Vollmöller, Robert Liebmann, and with uncredited contributions by Sternberg, and it is based on Heinrich Mann‘s 1905 novel Professor Unrat (Professor Garbage) and set in Weimar Germany. The Blue Angel presents the tragic transformation of a respectable professor to a cabaret clown and his descent into madness. The film is the first feature-length German full-talkie and it is considered to be a classic of German cinema.

The Blue Angel is best known for introducing Marlene Dietrich to worldwide attention. Dietrich’s portrayal of an uninhibited woman not only established her stardom but also established a modern embodiment of a vixen. Lola Lola’s lusty songs, written by Friedrich Hollaender (music) and Robert Liebmann (lyrics), slither their way into Rath’s heart, entrapping him and sealing his fate. The story’s melancholic simplicity adds to the beauty of Sternberg’s most remembered work in both Germany and America. Dietrich’s radiant sensuality might be blamed for the censorship the film faced in Pasadena, California. The Blue Angel was banned in Nazi Germany in 1933, as were all the works of Heinrich Mann and Carl Zuckmayer.

The film was shot simultaneously in German- and English-language versions, although the latter version was thought lost for many years. The German version is considered to be “obviously superior”; it is longer and not marred by actors struggling with their English pronunciation.