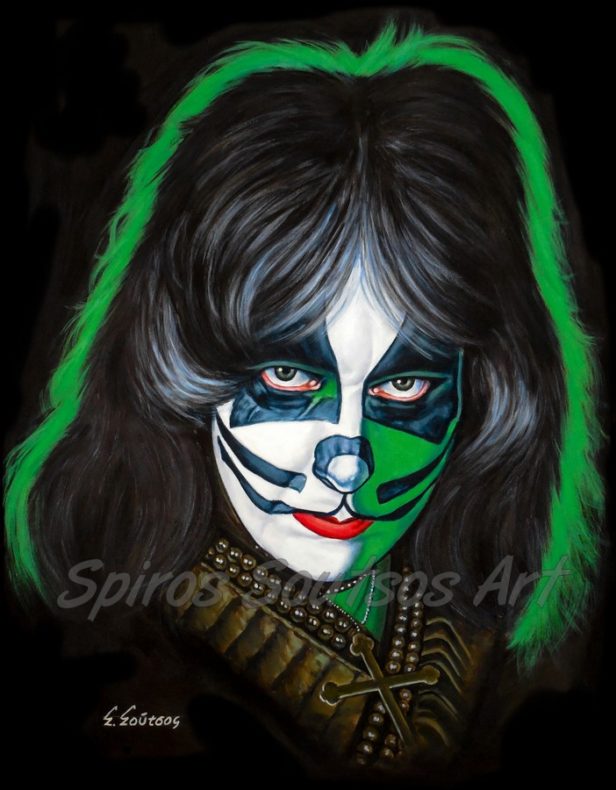 He is  the co-founder of the band along with the bassist Gene Simmons, rhythm guitarist Paul Stanley and lead guitarist Ace Frehley. Criss established the “Catman” character for his Kiss persona.

Peter Criss is also the co-writer  and lead-vocalist of the ballad “Beth“, a Top 10 #7 hit for Kiss in 1976. The song remains the highest-charting song for Kiss in the USA.