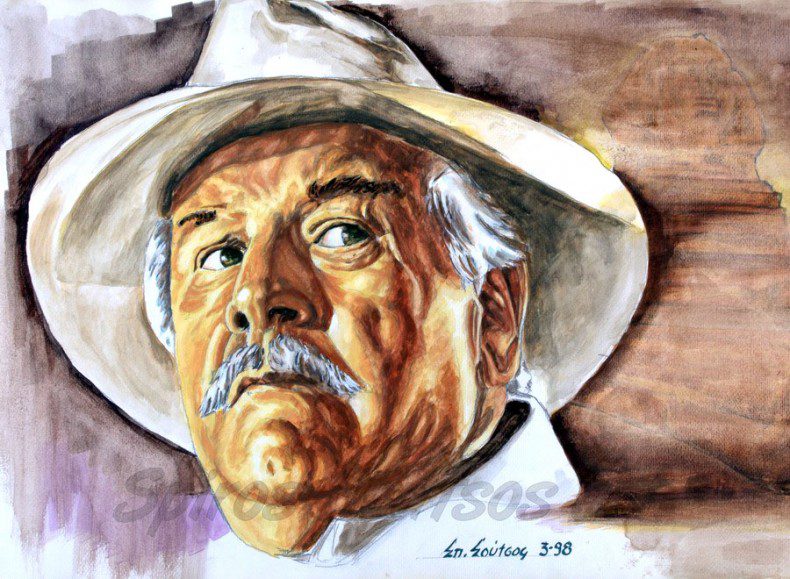 Sir Peter Alexander Ustinov was born in London on 6 April 1921, and was an English actor, writer and dramatist. His best-known play being Romanoff and Juliet (1956). His film roles include Roman emperor Nero in Quo Vadis (1951), Lentulus Batiatus in Spartacus (1960), Captain Vere in Billy Budd (1962), and an old man surviving a totalitarian future in Logan’s Run (1976).Ustinov won Academy Awards for Best Supporting Actor for his roles in Stanley Kubrick Spartacus (1960) and Jules Dassin‘s Topkapi (1964). He also won one Golden Globe award for Best Supporting Actor for the film Quo Vadis (he set the Oscar and Globe statuettes up on his desk as if playing doubles tennis; the game was a love of his life, as was ocean yachting). Ustinov was also the winner of three Emmys and one Grammy, and was nominated for two Tony Awards.

Ustinov was the President of the World Federalist Movement from 1991 to 2004, the time of his death. He died on 28 March 2004 of heart failure in a clinic in Genolier, near his home in Bursins, Vaud, Switzerland.