Robert Mitchum “Out Of The Past” 1947 painting portrait, movie poster art 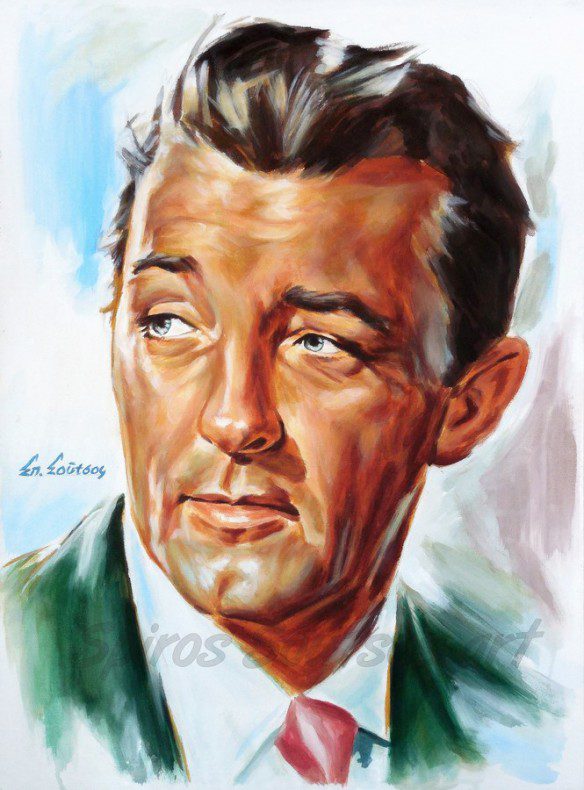 Robert Mitchum “Out Of The Past” 1947 painting portrait, movie poster art

Mitchum is rated no. 23 on the American Film Institute’s list of the greatest male stars of Classic American Cinema.

Robert Mitchum is best known for his work in film noir. In 1947, he starred along with Jane Greer, and Kirk Douglas in the film-noir “Out of the Past”. The film was produced by RKO Pictures, and the key personnel — director Jacques Tourneur. The film’s cinematographer Nicholas Musuraca also shot Tourneur’s Cat People. The film was adapted by Daniel Mainwaring (using the pseudonym Geoffrey Homes), with uncredited revisions by Frank Fenton and James M. Cain, from his novel Build My Gallows High (also written as Homes). Film historians consider the film a superb example of film noir due to its convoluted, dark storyline, dark cinematography and classic femme fatale. In 1991, Out of the Past was added to the United States National Film Registry by the Library of Congress as being deemed “culturally, historically, or aesthetically significant. The film is considered one of the greatest of all films noir.

Tags: Jacques Tourneur, Out Of The Past 1947, Robert Mitchum