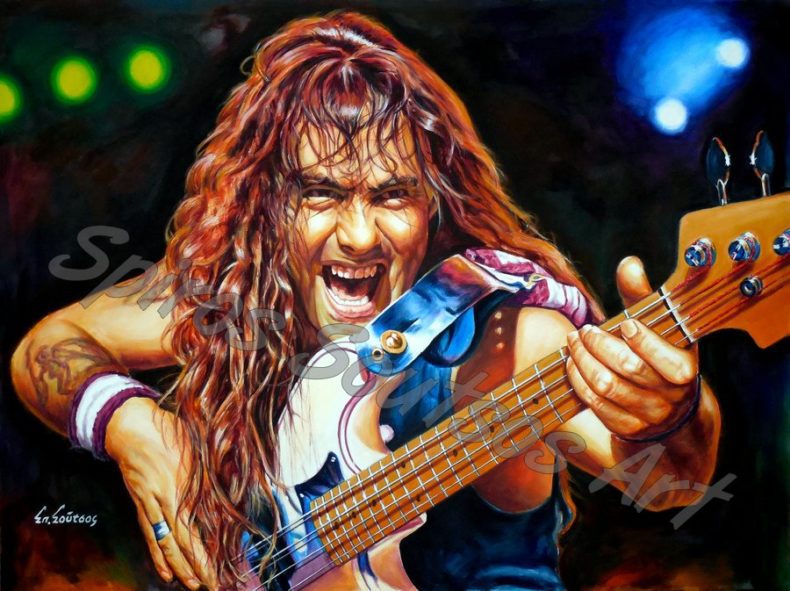 Iron Maiden : one of the most successful heavy metal bands in history

Pioneers of the New Wave of British Heavy Metal, Iron Maiden achieved initial success during the early 1980s. Iron Maiden’s eponymous 1980 release, Iron Maiden, debuted at No. 4 in the UK Albums Chart. In addition to the title track, the album includes other early favourites such as “Running Free”, “Transylvania”, “Phantom of the Opera”, and “Sanctuary” – which was not on the original UK release but made the US version and subsequent remasters. The band line-up was bassist Steve Harris, guitarist Dave Murray , vocalist Paul Di’Anno, guitarist Dennis Stratton  and ex-Samson drummer Clive Burr. Iron Maiden set out on a headline tour of the UK, before opening for Kiss on their 1980 Unmasked Tour’s European leg as well as supporting Judas Priest on select dates. After the Kiss tour, guitarist Dennis Stratton was dismissed from the band as a result of creative and personal differences, and was replaced by Adrian Smith in October 1980.

In 1981, Iron Maiden released their second album, entitled Killers. Containing many tracks that had been written prior to their debut release, only two new songs were written for the record: “Prodigal Son” and “Murders in the Rue Morgue (the latter’s title was taken from Edgar Allan Poe’s short story). The record was followed by the band’s first world tour, which included their debut performance in the United States, opening for Judas Priest at The Aladdin Casino, Las Vegas.

By 1981, Paul Di’Anno was demonstrating increasingly self-destructive behaviour, particularly through his drug usage. With his performances suffering, Di’Anno was immediately fired following the Killer World Tour, at which point the band had already selected his replacement :Bruce Dickinson, the ex-member of NWOBHM band Samson,

In 2010, the band have undergone a resurgence in popularity, with the album The Final Frontier, peaking at No. 1 in 28 different countries and receiving widespread critical acclaim. Their sixteenth studio album, The Book of Souls, was released on 4 September 2015.

Despite little radio or television support, Iron Maiden are considered one of the most successful heavy metal bands in history. The band have sold over 90 million albums worldwide and have played over 2000 live shows throughout their career. For the past 35 years, the band have been supported by their famous mascot, “Eddie“, who has appeared on almost all of their album and single covers, as well as in their live shows.