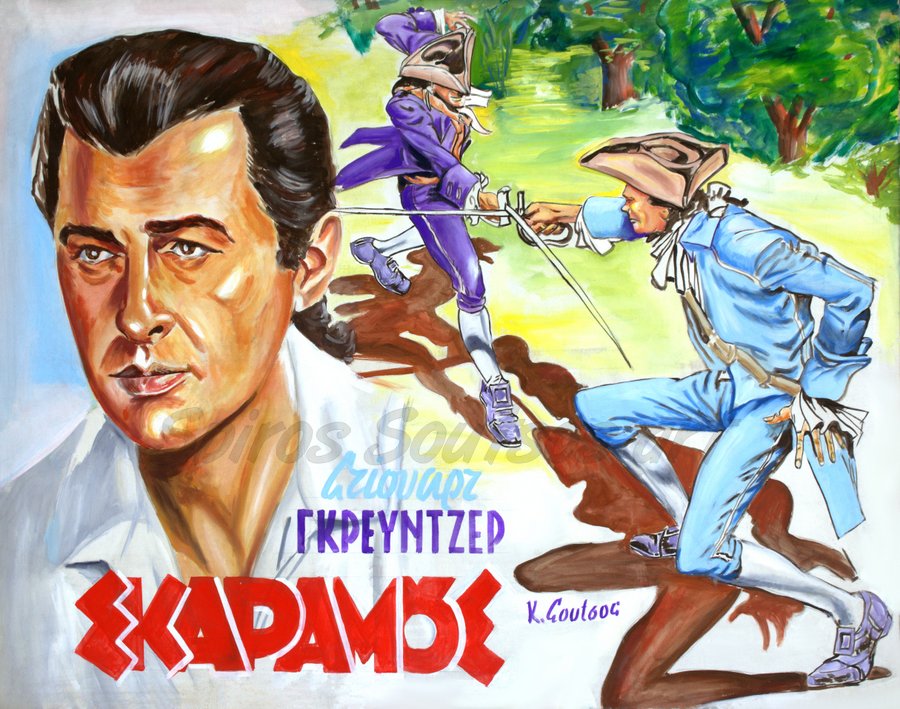 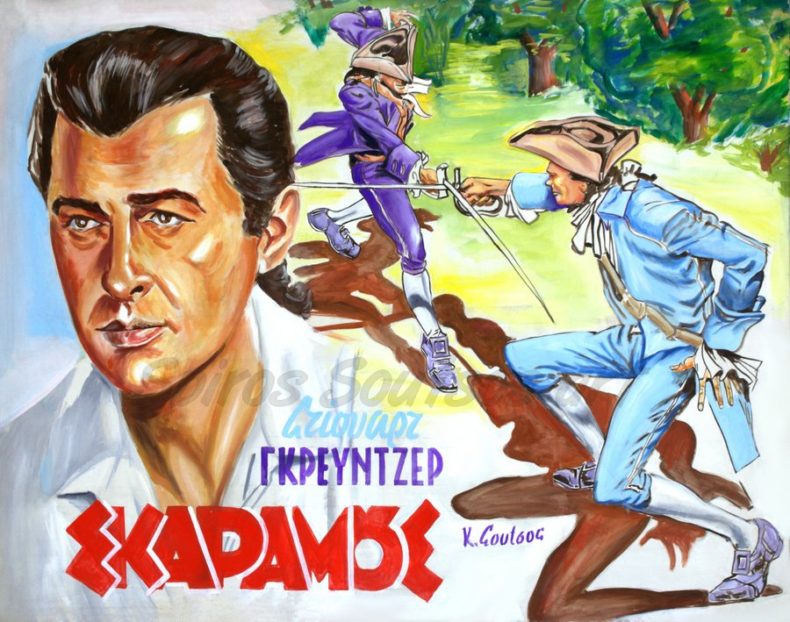 You can visit our “Print for Sale” web-site and buy a print of this artwork. Just click on the button below:

Scaramouche (1952) is a classic Metro-Goldwyn-Mayer Technicolor romantic adventure film based on the 1921 novel Scaramouche by Rafael Sabatini as well as the 1923 film version starring Ramón Novarro.

The film stars Stewart Granger, Eleanor Parker, Janet Leigh, and Mel Ferrer. It was directed by George Sidney and produced by Carey Wilson from a screenplay by Ronald Millar and George Froeschel. The original music score was composed by Victor Young and the cinematography by Charles Rosher.