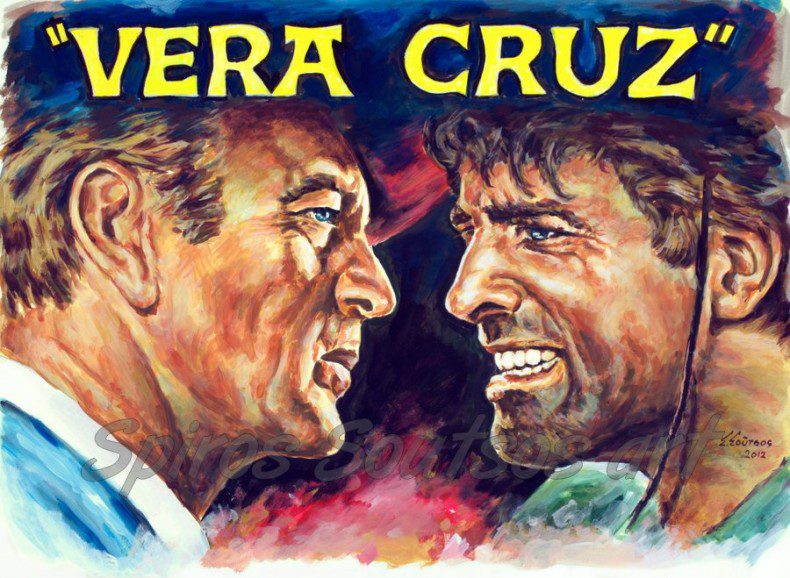 Posted on at by admin / Movie Posters, Spiros Soutsos, Western / 0

If You are interested in purchasing an Art Print of this artwork. Just click on the button below :

Cooper and Lancaster portray Benjamin Trane and Joe Erin, two daredevil mercenaries who journey to Mexico in search of adventure and cold hard cash during the 1866 revolution. But they get more than they bargained for when the wealthy and beautiful Countess Duvarre (Denise Darcel) hires them to escort her (and a fortune in gold!) to Emperor Maximilian’s (George Mcready) fighting forces in Vera Cruz.

The picture’s amoral characters and cynical attitude toward violence (including a scene where Lancaster’s character threatens to murder child hostages) were considered shocking at the time and influenced future Westerns such as John Sturges’ The Magnificent Seven, Richard Brooks’ The Professionals, Sam Peckinpah’s The Wild Bunch, and the spaghetti western films of Sergio Leone, which often featured supporting cast members from Vera Cruz in similar roles.