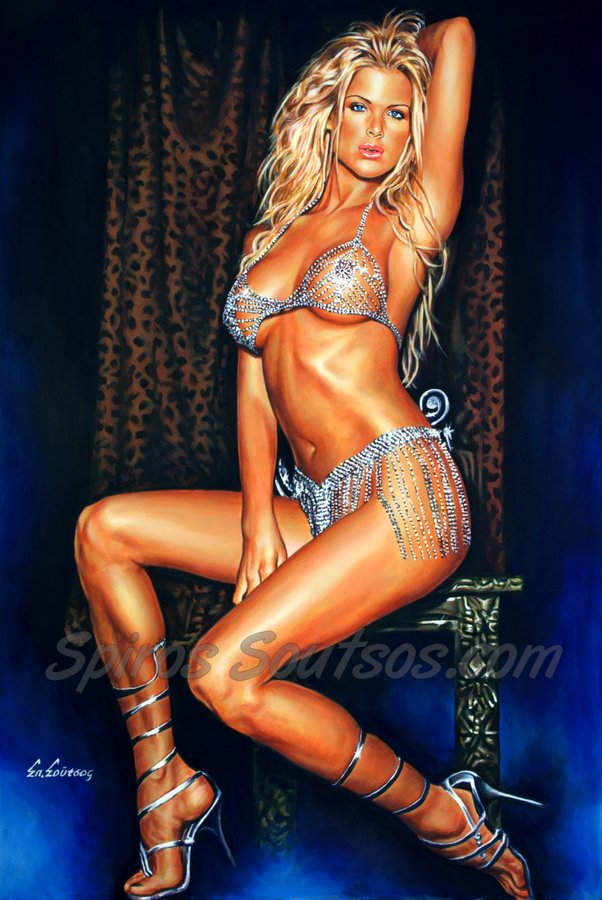 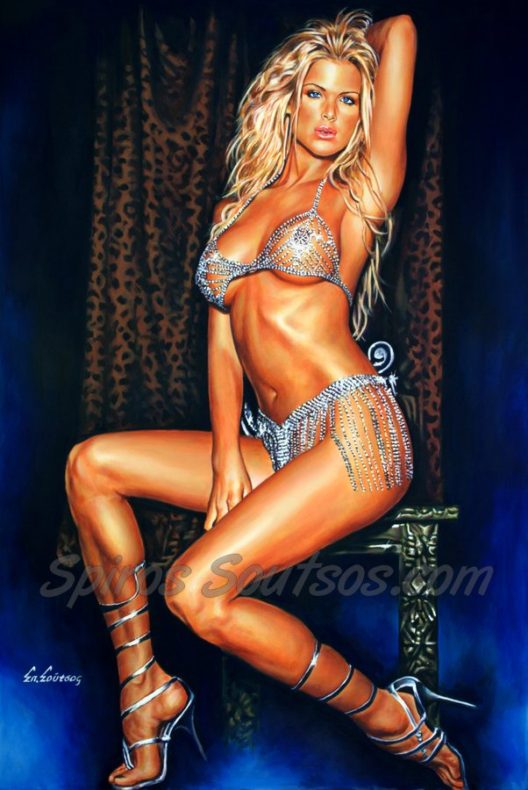 If you are interested in purhasing an Art Print for this artwork, Just click on the button below :

Victoria Silvstedt (born 19 September 1974) is a Swedish top-model, actress, singer, and television personality. She is also well-known as the 1997 Playmate of the Year.

She participated in the Miss Sweden beauty pageant, and she was chosen to represent her country in the 1993 Miss World pageant in Sun City of South Africa, and eventually making the Top 10. She was signed up by a modeling agency in Paris, and she started working for various prestigious fashion houses, including Giorgio Armani, Chanel, Givenchy, Christian Dior, Loris Azzaro, and Valentino, and appeared in many advertisements and fashion shows.

Silvstedt was soon noticed by Hugh Hefner, who invited her to do a photo shoot for Playboy magazine in Los Angeles. In December 1996 she became the Playmate of the Month, and in 1997 was chosen as the Playmate of the Year. Silvstedt has since appeared in various Playboy magazines, including Playboy Special Editions, as well as Playboy Videos. In the late 1990s, Victoria Silvstedt landed one of the most sought-after modeling contracts in the world, becoming the Guess? spokesmodel, succeeding among others Claudia Schiffer and Anna Nicole Smith.

In the 2000s and 2010s, Silvstedt has continued modeling internationally, working for various brands such as Lynx, Nike, Renaultand Triumph International, and being the cover star for the re-issued Russ Meyer DVDs. She has been featured on over 500 magazine covers such as Maxim and Vanity Fair.

Since the late 1990s, Silvstedt has worked as an actress , appearing in various Hollywood television series such as Malibu, CA and Melrose Place, and also in a number of Hollywood comedy films, including BASEketball, The Independent, Out Cold, and Boat Trip.