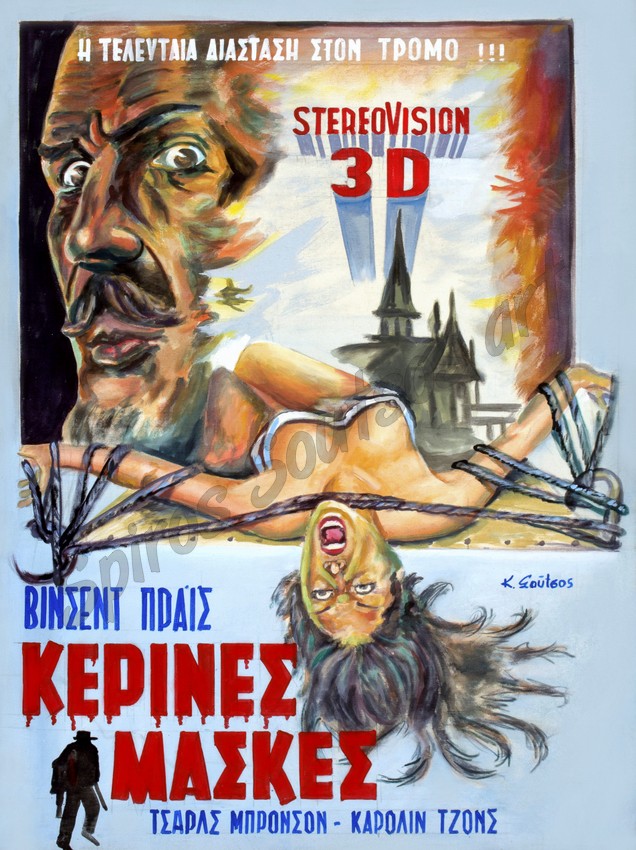 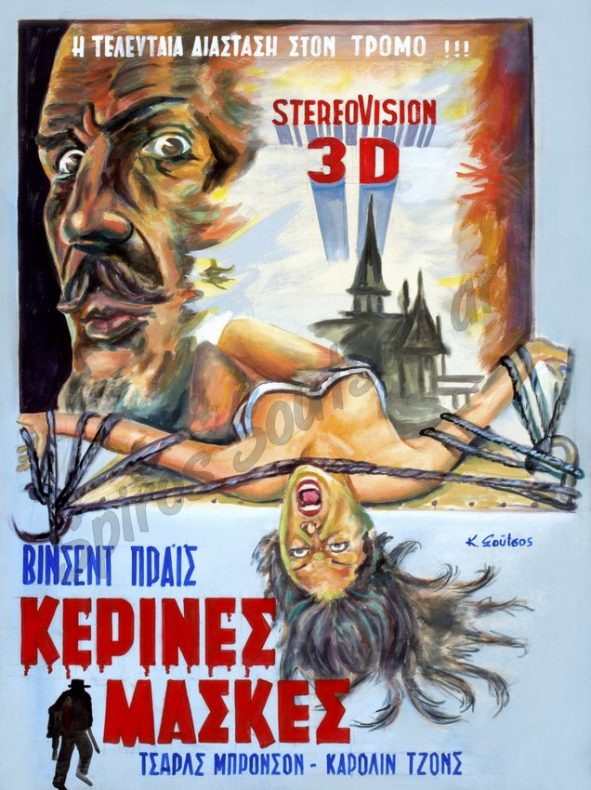 “House Of Wax”: the first color 3-D feature from a major American studio and the best US horror film of the 1950s

House of Wax is a 1953 American 3-D horror film starring the “master of horror” Vincent Price and directed by André de Toth. It is about a disfigured sculptor, Professor Henry Jarrod (Price) who repopulates his destroyed wax museum by murdering people and using their wax-coated corpses as displays. He is helped by the deaf-mute sculptor Igor (Charles Bronson in one of his first secondary roles in his earlier career). The film is a remake of Warner Bros.’ Mystery of the Wax Museum (1933), without the comic relief featured in the earlier film. In 2005, Warner Bros. distributed a new film also called House of Wax, but its plot is very different from the one used in the two earlier films.

House of Wax was the first color 3-D feature from a major American studio and premiered just two days after the Columbia Pictures film Man in the Dark, the first major-studio black-and-white 3-D feature. It was also the first 3-D film with stereophonic sound to be presented in a regular movie theater. It premiered nationwide on April 10, 1953 and went out for a general release on April 25, 1953.

House of Wax was one of the biggest hits of 1953, earning an estimated $5.5 million in rentals from North American box offices alone. By the mid-1960s it was listed among the classic horror films and even considered as the best US horror film of the 1950s. It revitalized the film career of Vincent Price, who had been playing secondary character parts since the late 1930s. After this high-profile role, he was always in high demand to play fiendish villains, mad scientists and other assorted deranged characters in genre films such as The Tingler (1959), House Of Usher (1960), The Masque of the Red Death (1964), The Abominable Dr. Phibes (1971) and Theatre Of Blood (1973).

In 1971, House of Wax was widely re-released to theaters in 3-D, with a full advertising campaign. Newly-struck prints of the film in Chris Condon’s single-strip StereoVision 3-D format were used. Another major re-release occurred during the 3-D boom of the early 1980s.

In 2014, House of Wax was deemed “culturally, historically, or aesthetically significant” by the Library of Congress and selected for preservation in the National Film Registry.